HIMARS proved to be a very potent tool in the standoffs at the fortified front, but the Ukrainian side failed to convert this advantage into a significant battlefield advantage. Analysis by Robert C. Castel.

Like many of my articles, this one began with a post on social media. Being a military theory topic, specifically the methodology of technological surprise, I did not expect the reaction to my arguments to be so vehement. It took me a while to realise that the outrage was not due to my professional ineptitude, but that something far more terrible had happened.

HIMARS – I have committed an offense.

Giving our weapons symbolic, sometimes mystical significance is a very old human formula. The knight’s sword Durendal, known from the “Chanson de Roland” (Song of Roland), and Excalibur, well-known from the Arthurian legend, have their modern equivalents among us. These technological marvels are surrounded by the same reverence and awe in the theoretically hyper-rational world of our time as the tin creations of the age of knights, with the difference that the primitive man of the Middle Ages never tried to wrap his blind faith in science.

The irrationality of military technology is a very interesting topic. However, I do not want to deal with that now, but with the appearance of the HIMARS missile launcher in the Ukrainian war.

Why is it worth going into this issue in more detail?

Because the history of the HIMARS application is a good illustration of both the strengths and weaknesses of Western assistance to Ukraine.

Is it a wonder weapon to drive the Russians back behind the 2014 borders or a missed opportunity to reverse the course of the war?

This is America’s M142 HIMARS

The M142 High Mobility Artillery Rocket System (HIMARS) is a light multiple rocket launcher developed in the late 1990s for the United States Army and mounted on a standard U.S. Army M1140 truck frame. HIMARS is the most technically advanced, affordable and sustainable artillery solution. Provides cutting-edge technology on an indigenous platform.

Looking at it through the lens of the well-known theory of surprise in the military science sector, the answer is unfortunately the latter. If we can understand why the potential of the introduction of HIMARS has not been exploited at the military or at least operational level, we may be smarter with the next wonder weapon.

As I have said and written countless times.

one of the keys to both combat and military thinking is the search for and creation of asymmetries. One of the most potent such asymmetries we can achieve against an opponent is surprise.

In the military context, the two most important forms of surprise were strategic surprise, such as the 1941 Japanese attack on Pearl Harbor, and technological surprise, such as the appearance of the tank in September 1915. A successfully executed surprise is a very potent force multiplier. However, the success of a surprise is not the beginning of the end, but merely the end of the beginning. If the party that successfully prepares and executes the surprise is not sufficiently prepared to exploit the psychological impact of the surprise, its success will be quite limited. One of the best examples of such a missed opportunity is the introduction of combat gas by the Germans at Ypres in the second year of the Great War.

The weapon system, if not entirely new, at least at the level of the “zero-day attack” familiar from cyber warfare, had the force of novelty in its appearance on the Ukrainian battlefield. If the first deployment of the weapon system did not come as a „fundamental surprise,” the tactical equivalent of a police baton out of the blue, it is undeniable that it succeeded in creating a limited „situational surprise.” Despite the fact that the Russian military was aware of the capabilities of the HIMARS and the M31 GMLRS missile, it did not have a satisfactory technological and/or doctrinal response at the time of deployment.

To sum up, the introduction of HIMARS in the Ukrainian theatre of operations had the potential for an operational-level technological surprise.

That the desired effect was not achieved is not a one-off failure, but a systemic weakness in the military technical support provided to Ukraine.

So let us consider what are the necessary and sufficient conditions for a successful technological surprise and to what extent these conditions have been met by the introduction of HIMARS in the Ukrainian theatre of operations.

Analysis is a continuation of propaganda by other means

The real challenge is not in processing the mass of data, but in being able to identify the most salient patterns behind the camouflage of the information flow.

As is common in everyday life, secrecy is the basis of all surprises. The introduction of a new weapons system is information that is undoubtedly important to protect by both passive and active means. Passive means include, among others, encryption, camouflage, censorship, etc. However, more important than passive means is the active protection of information. It is that certain Churchillian „bodyguard of lies” with which we defend the truth in times of war.

The role of deception and other stratagems is particularly important when trying to hide something that cannot be physically hidden — such as an Allied force preparing to invade Normandy.

Has the introduction of HIMARS been kept secret or at least disguised by disinformation? The answer is to be found in the famous saying of the former CIA director William Colba: There are good secrets, there are bad secrets and there are non-secrets. The introduction of the new long-range missile launcher in Ukraine was one of the most public non-secrets of the war. HIMARS and MLRS mock-ups in Ukrainian colors appeared in toy shops months before the ink had dried on the presidential decree approving the transfer of the technology.

It is well known that one swallow does not make a spring. A new weapon system deployed without reaching critical mass leaves untapped the benefits of technological surprise and creates an opportunity for the adversary to develop countermeasures.

What counts as critical mass varies from situation to situation and from technology to technology, and there are at least three different levels.

There are innovative weapons systems that need to be deployed on a massive scale for a technological surprise to have a significant impact on the course of a battle or a war. A good example of the deployment of such tactical devices below critical mass is the French mitrailleuse proto-machine gun fiasco in the 1870-71 war. The ill-conceived use of just under 200 devices allowed the Prussians to neutralise the effect of the mitrailleuse.

Some weapon systems are capable of creating critical mass in small numbers and of producing decisive technological surprises. The most obvious example in this category is the nuclear weapons used against Japan.

The third level is made up of specific tools that are designed specifically to solve a particular problem once and for all. Such a specific tool would be the wooden horse used by the Greeks against the Trojans or the Stuxnet computer virus used at the other end of the time axis against the Iranian nuclear program.

Did HIMARS achieve this critical mass during the deployment? The question is more complicated than it might seem at first sight since we have to distinguish between the number of launchers and the number of missiles available. When HIMARS was first deployed, Ukraine had 4 each of these systems, respectively. This number is so low that it is nowhere near critical mass and, even with a large dose of goodwill, can be considered merely a homeopathic treatment. As for the number of M31 GMLRS missiles available in the initial phase, the answer to this question is of very limited relevance, given the low number of launchers and the limited range of the M31 missiles.

To sum up, the introduction of the HIMARS is more reminiscent of the mitrailleuse than of the Prussian Krupp C64 gun, which was opposed to it and widely used.

The third necessary condition for technological surprise is the development of a doctrine or war plan that will enable the potential of the new technology to be exploited to the fullest. Even though the new Spitfire fighters were considered by some to be equal to, and by others to be superior to, their more modern German counterparts, outdated doctrine and the operational situation imposed on the British in the first months of the war made it impossible to achieve a potent technological surprise.

It seems that in this respect, the use of HIMARS has not left much to be desired. The new launcher has performed as expected the tasks defined by Western doctrine for precision artillery. Fire strikes against Russian command and control and logistic nodes, based on precise intelligence information, have had a very significant impact. 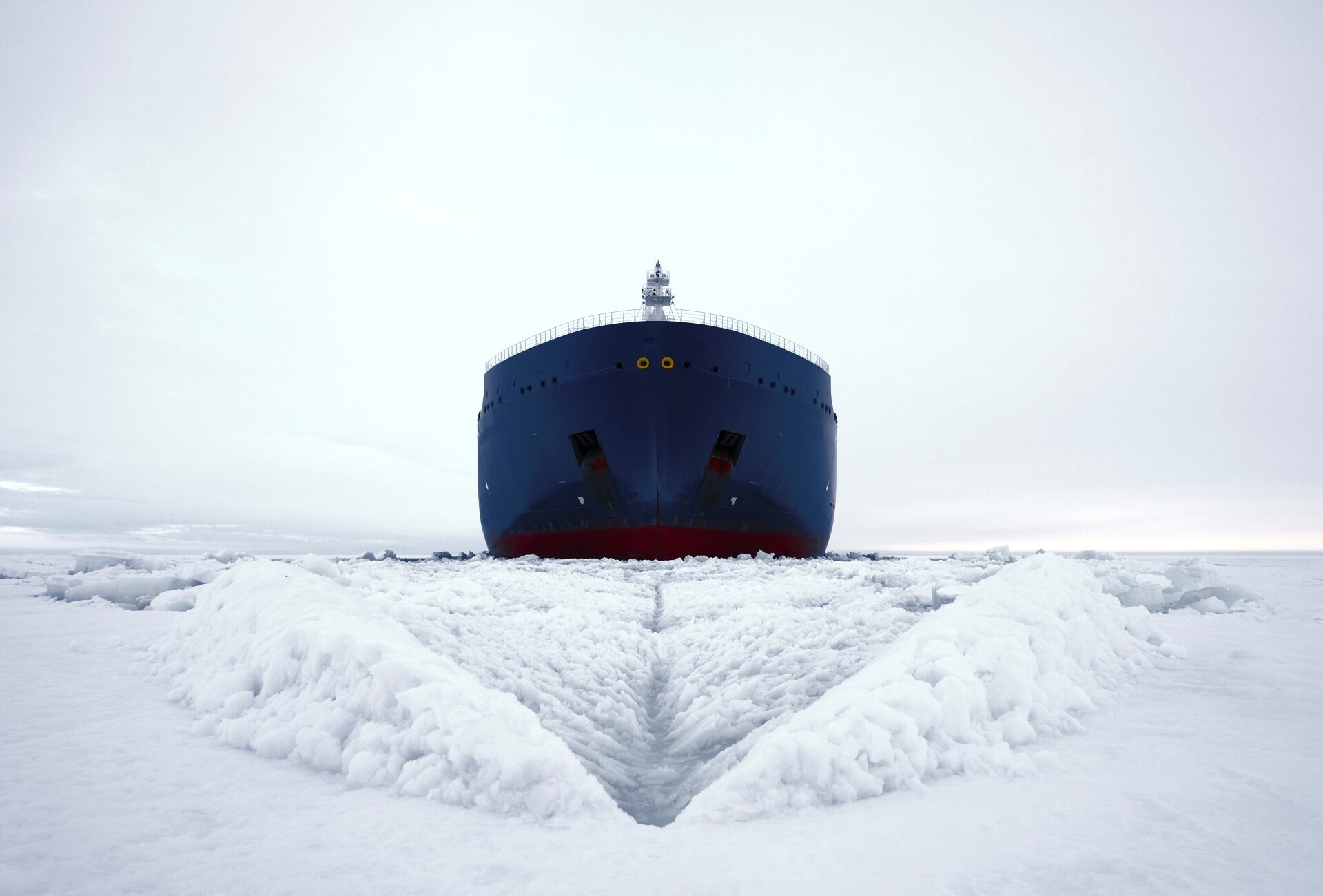 An other war is being fought with as much fervor, faith and devotion as its kinetic counterpart on the battlefield. Commentary by Robert C. Castel.

Forcing a technological surprise too early, or delaying it for too long, can greatly reduce the effectiveness of the surprise.

The most commonly cited example of the former is the premature deployment of magnetic mines by the Germans at the beginning of World War II. The premature deployment created an opportunity for the British to develop appropriate technological countermeasures and dramatically reduce the threat posed by magnetic mines. The best example of the latter relates to the use of strips of aluminium foil dropped from aircraft to blind radar systems. At a very early stage in the radar war, both sides, British and German, recognized the potential and the dangers of this new cloaking device. Fearing that they were handing a very potent tool to the enemy on a silver platter, both sides continually delayed the deployment of radar-blinding tinfoil strips. The ice was finally broken by Winston Churchill’s personal intervention and in July 1943, the British bomber command was able to use this simple but powerful tool for the first time in the attacks on Hamburg.

What does this mean in terms of the timing of the introduction of HIMARS?

The introduction of the new type of launcher by the Ukrainians did not coincide with any significant offensive.

HIMARS proved to be a very potent tool in the entrenched front line fighting, but the Ukrainian side failed to convert this advantage into a significant battlefield result.

In summary, the new launcher could, under the right circumstances, have played a key role in preparing and supporting the planned Kherson offensive.

In war, as in many other areas of life, the urgent always overrides the important. That is probably what happened here.

In today’s world of satellites and sensors, technological surprise is becoming an increasingly difficult task. This is particularly true in the case of a country that relies almost entirely on external assistance.

At the same time, let us not forget that at the beginning of the war, the Ukrainians managed to achieve a very impressive technological surprise with the mass use of single-person anti-armour and anti-aircraft missiles. The main lesson of this case study is that a successful technological surprise is not so much a matter of absolute novelty, but rather of critical mass deployment, of the right doctrine or war plan and, above all, of the right timing.

Technologies delivered in homeopathic doses are at best the equivalent of a Trojan Horse — unique or at least very limited answers to a very specific problem.

All this suggests that the search for a unique dragon-slaying wonder weapon is a military and technological dead end and serves the interests of Western arms factories rather than the Ukrainian user.

Operational creativity and innovation in the war in Ukraine 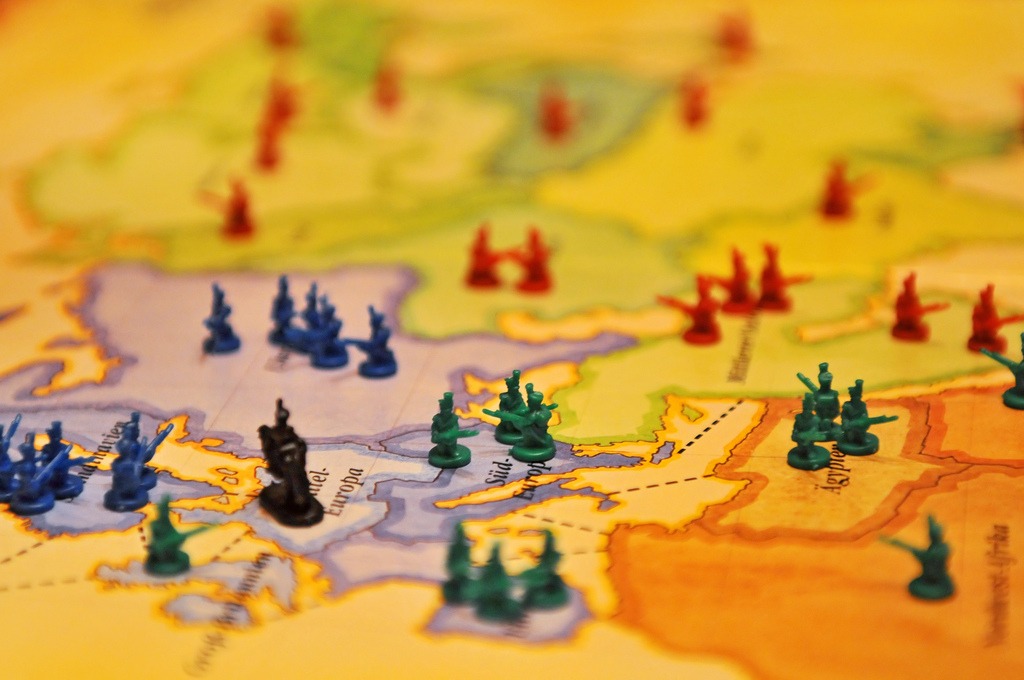 The teaching of applied creativity and innovation is perhaps the biggest headache. Commentary by Robert C. Castel.