It was 154 years ago today that Béla Bernstein, one of the most outstanding rabbis of Hungarian Jewry, was born. Was his martyrdom a failure of committed patriotism or an example to follow? Or both? A portrait from Bennem Élő Eredet.

Béla Bernstein, born on January 7, 1868, in Várpalota, served Hungarian Jewry for more than half a century. He had been in the West, in Szombathely for 17 years, and in the East, in Nyíregyháza for 35 years, and was influenced by both Neolog and Orthodox customs. As Chief Rabbi of the Status Quo Ante, he also worked for the reconciliation of the divided Hungarian Jewry.

His Bible translations, pedagogical methods, sermons and historiography are still today a point of reference for many. What can we do with his legacy, and what can the assimilation he represented up until the end teach us?

We do not know why a 76-year-old scholar refused to accept any help when in the summer of 1944 it was already clear that the fate of Hungarian rural Jewry was sealed by the onslaught of Hitler’s Reich.

And yet, many people assume that Béla Bernstein, who had a national reputation and was held in particularly high esteem in Nyíregyháza, was offered by several people the opportunity to escape the ghetto and eventual deportation. But according to most of the surviving knowledge about the rabbi,

Bernstein refused to leave his congregation. He did not even take anything with him to the ghetto except his walking stick, spectacles and prayer book. And from there, there was no way back to life for him.

One of Bernstein’s most important impacts was his development of a kind of new Jewish identity, or at least his attempt to do so through his writings. And this was most evident in his work on the history of Jewish military involvement in the 1848/49 Revolution and War of Independence. The Hungarian War of Independence of 1848/49 and the Jews (Az 1848/49-iki magyar szabadságharc és a zsidók) is still his best-known work.

It is also a common reference to the fact that since the history of the modern Hungarian Jewish settlement (which began 200 to 250 years ago), it was during this revolution that Jews first demonstrated their attachment to their homeland and proved their patriotism and commitment to the Hungarian nation with their own lives. And while many of the official historians have accepted the book with skepticism, primarily for methodological reasons, it is pretty much certain that

thousands of Hungarian Jewish citizens were victims of the battles against the Habsburgs.

Bernstein managed to write the preface to the book with an authentic eyewitness to the revolutionary era and one of the best-known philosophers of Hungarian Jewry at the time. Not only did Mór Jókai then become the orator of the rabbi’s goal, the expression of acceptance and the desire to conform, but he later dedicated his own book to him.

Published for the 100th anniversary of the popular novelist’s birth in 1925, Jókai and the Jews (A Jókai és a zsidók), a work of barely half a hundred pages, is a professional analysis that perfectly demonstrates the rabbi’s commitment to Hungarian literature. And secondly, through dozens of Jókai’s novels and short story heroes, it also provides an almost propagandistic demonstration of the author’s philo-Semitism — all this five years after the infamous Numerus Clausus! [Ed. note: Numerus clausus was a Hungarian law that sought to limit the number of Jews attending university.]

It is an interesting coincidence that in this book, Bernstein specifically points out how the serial nature of Jókai’s relationship with the Jews may have been foreshadowed at birth. Thus the rabbi writes of Jókai’s birthplace in Komárom:

“I myself visited that low house many times two decades ago because it belonged to the Jewish community; it had been rebuilt by the community, and my father’s good friend, the blessed Dr. Ármin Schnitzer, Chief Rabbi of Komárom, lived there. I was happy to visit him in his home. Above the window of his study is the small marble plaque commemorating the remarkable fact that Mór Jókai, the eternal pride of the Hungarians, was born there.”

Bernstein’s work on Jewish soldiers was published to mark the 50th anniversary of the Revolution. At that time, he had already been serving in Szombathely for nearly a decade, where he had arrived at the age of 22. Most written records of the early years of his life give little accurate information. After a childhood in Várpalota, he attended rabbinical school in Pest at the age of 14.

Six years later, he trained at the liberal-conservative Jewish Theological Seminary of Breslau (Wroclaw, in present-day Poland). He received a doctorate in philosophy in Leipzig in 1890 and was ordained rabbi in Budapest in 1892. He died at Auschwitz in 1944. 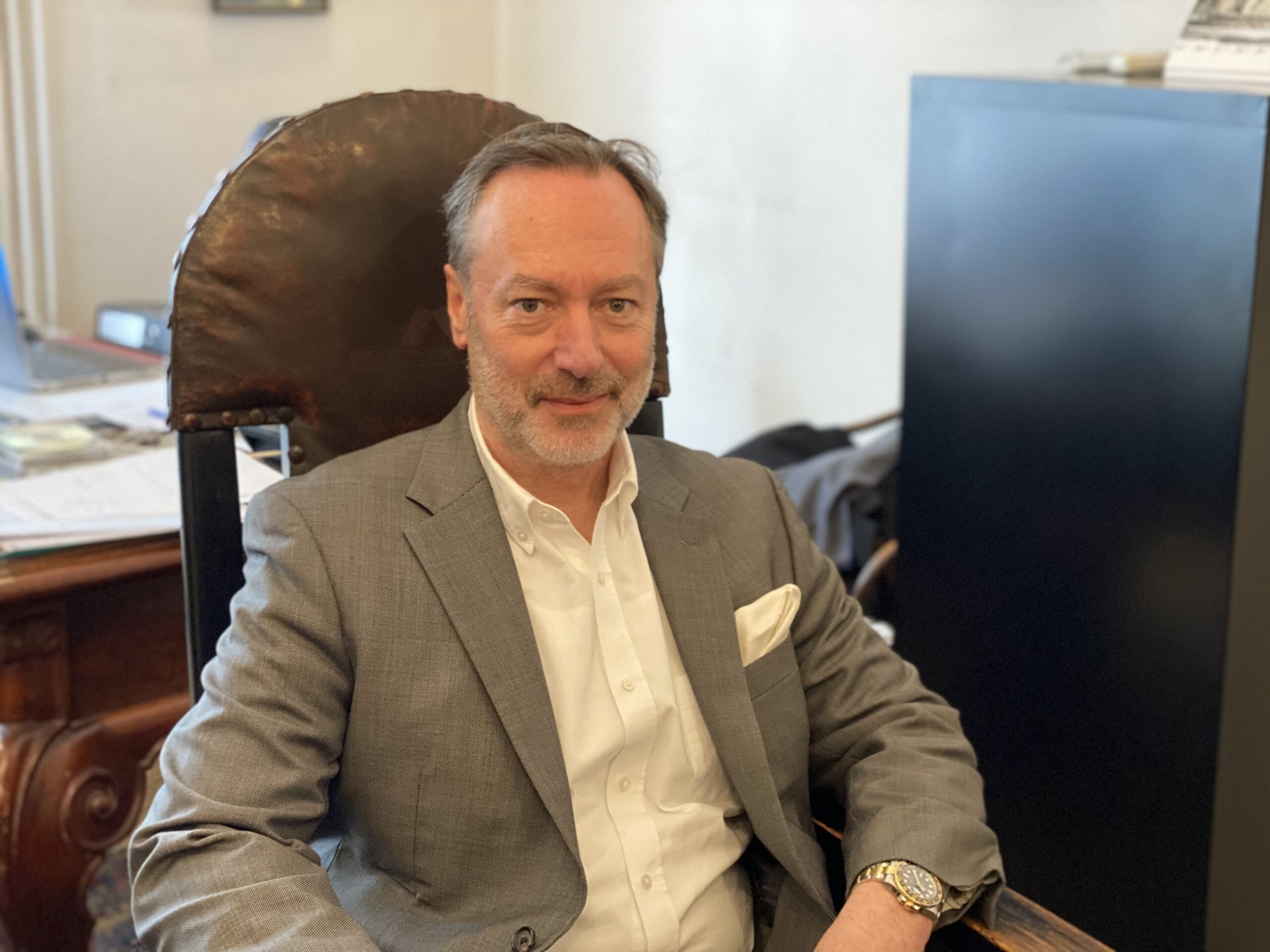 Róbert Deutsch — Fostering a sense of commitment and responsibility to Judaism

Twelve months ago, the website Bennem Élő Eredet was launched. In a series of interviews, the site is now asking Jewish organizations in Hungary about what has happened in the past year and what they plan to do in 2022.