Shlomó Köves, Chief Rabbi of the EMIH – Association of Hungarian Jewish Communities, was a guest of Jazzy Radio’s Business Class program. The chief rabbi was interviewed by the hosts on the occasion of the 78th anniversary of the liberation of the Budapest ghetto. Rabbi Köves commemorated the liberation of the ghetto as an important, shocking and, at the same time, joyful event.

„Today is not only a day of sad remembrance, but also a joyful celebration despite the incomprehensible losses”

– said Köves. According to the chief rabbi, at a time of dynamic rebuilding of the Jewish community, it should not be forgotten that during the Holocaust, 600,000 Hungarian Jews were exterminated with unprecedented speed.

„We celebrate that we are here and alive”

– said Köves in response to a question from the presenter.

According to the rabbi, financial difficulties are behind the delay in opening the museum.

In order to open the House of Fates, new donors and supporters will have to be attracted.

Reacting to an opinion piece in the Wall Street Journal calling the Hungarian prime minister an antisemite, the EMIH rabbi said:

„The accusation is unfounded. Viktor Orbán and none of the former Hungarian prime ministers I know personally are antisemitic.”

„Antisemitism is an existing problem in Hungary. It is a social problem, a disease, which has been present for centuries,” added the chief rabbi, who believes that criticism of democracy’s shortcomings should not be confused with the issue of antisemitism. 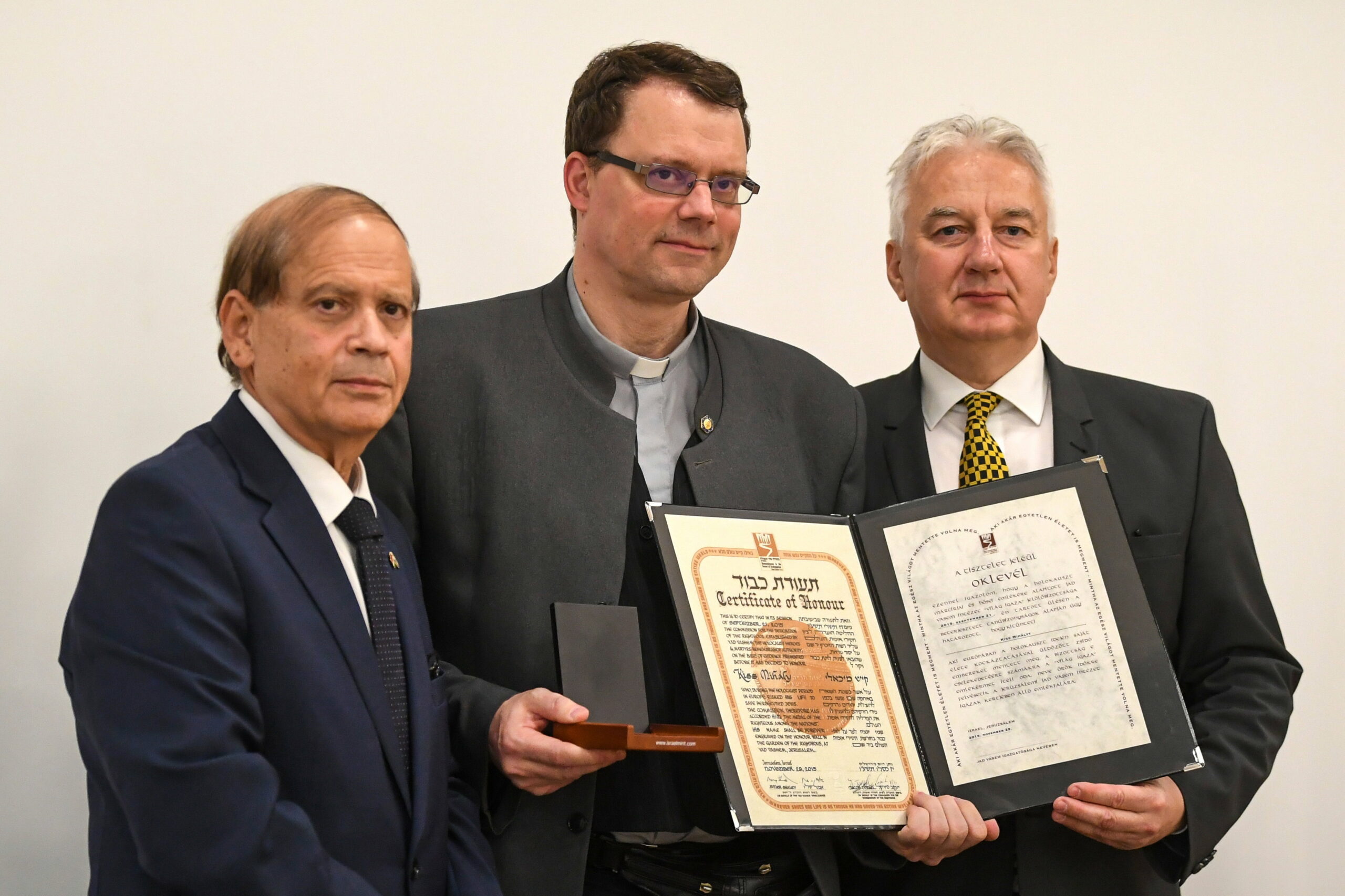 A posthumous Righteous Among the Nations medal has been awarded to Salesian monk Mihály Kiss, who hid Jewish youth in the order’s house in Old Buda during the Holocaust.