One hundred and fifty years ago, on January 7, 1873, Adolf Zukor (Adolph Zukor), one of the founders of the Hollywood film industry and founder of the Paramount film studio, was born.

He was born in Ricse, Zemplén County, into a Jewish village family. His father (Jacob Cukor) ran a grocer’s shop, and his mother (Hanna Liebermann) came from a German-educated, nouveau-riche family. He completed four years of elementary school in Mátészalka and then became an apprentice in a grocery store in Abaújszántó.

Orphaned at an early age, he arrived in America at the age of 15 with $25 sewn into his sleeve and no language skills to start a new life.

Initially working in fur traders’ shops in New York and Chicago, he later opened his own workshop

He saw his first film at 20 and immediately discovered the business potential of this new form of entertainment. In 1904, while maintaining his shop, he opened a penny arcade, the early predecessor of the cinema (nickelodeons), which showed a few minutes of movies, and in time, in partnership with the future “King of Cinema,” Marcus Loew, he built up a network of them.

He went into business on a larger scale in 1912 with the acquisition of the American rights to the French film “Queen Elizabeth I” starring Sarah Bernhardt.

Risking $25,000 of his own money, he screened the then unprecedented three-quarter-hour film, despite the opposition of his business partners.

As an exclusive distributor, he made a huge profit, but had to share the profits with the theater entrepreneur who had provided the venue.

Buoyed by this success, that same year he formed Paramount Pictures’ predecessor, the Famous Players Film Company – „Famous Players in Famous Plays,” a slogan borrowed from the French film company that became his catchphrase. The company brought together leading Broadway actors to make films based on current stage successes and classic novels, among the first being “The Count of Monte Cristo” in 1912 and “The Prisoner of Zenda” in 1913.

In 1914, he assembled a team capable of making 30 films a year, and at the same time opened a 3,500-seat movie palace on Broadway called the Standard.

He hired well-known names such as Gloria Swanson, Mary Pickford, Pola Negri, John Barrymore, and Gary Cooper, and forbade them from working for other companies. In Hollywood, in a suburb of Los Angeles, he set up his first studio, renting an orange farm’s finance building. This merged with Jesse L. Lasky’s feature film company in 1916 and then absorbed Paramount Pictures, the distribution company, to form Paramount Pictures Corporation. Chaired by Zukor, it worked with Hollywood’s top directors, notably Cecil B. de Mille, and later Billy Wilder and producer David Selznick.

The First World War brought the company’s development to a halt, and by the time work resumed in 1919, rising production costs and actor fees forced Zukor to turn to the banks. He was the first to issue bonds and soon had five hundred cinemas under his control. Paramount also began to look to Europe, setting up a subsidiary in Paris, where it produced films in six languages (including Hungarian: “A Kacagó asszony,” “Az orvos titka”).

The advent of the talkies rocked Paramount’s position, turning an $18 million profit in 1930 into a $21 million deficit in two years. After a three-year forced hiatus, the company was relaunched as Paramount Pictures Inc., and although Zukor remained chairman, effective control was taken over by the Morgan banking house. Zukor held the post of Chairman Emeritus until his death.

In 1949, with the entry into force of the new distribution law, the company was forced to separate its activities in production, distribution, and exhibition. At the same time, television was introduced, which also hit the company hard.

In order to turn the new situation to their advantage, they first became involved in the manufacture of television equipment and then formed an alliance with ABC, one of the four big television companies.

In 1966, the studio was merged into Gulf and Western Industries, Inc. but retained its well-known name.

Paramount was the first of the major studios to become a universal company, able to control a film from production to distribution and exhibition. Zukor was the first businessman to introduce all-night movies in America.

He was nominated four times for an Academy Award by the American Academy of Motion Picture Arts and Sciences, and received an honorary Oscar in 1948 for his work.

His star adorns the Hollywood Walk of Fame, and his autobiography was published in 1953 under the title “The Public Is Never Wrong.” Adolf Zukor died in Los Angeles on June 10, 1976, aged 103.

Adolf Zukor is remembered in his home village by the Zukor Adolf Cultural Center and the Zukor Tavern, and a memorial plaque to him was unveiled in 2016 in Ricse and in 2017 in Mátészalka. His birthday was declared Zukor Adolf Memorial Day by the Hungarian Hollywood Council in 2019. In 2017, young Hungarian filmmakers were the first to make a film about the founder of Hollywood film production, with the short film “25 Dollars,” which was screened at the Cannes Film Festival.

In 2020, Zukor’s name was inscribed on the Hungarian Star Trail, which was inaugurated at the Origo Film Studio in Budapest, and in the same year, the Hungarian Hollywood Council made a film about his career, entitled “Ricsétől Hollywoodig” (From Ricse to Hollywood), which was awarded the Adolph Zukor prize. Last August, the first Adolph Zukor International Film Festival was held in the cinema bearing his name in Mátészalka. 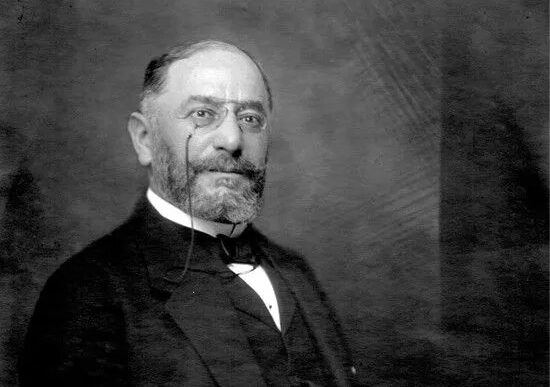 Manfréd Weiss was born into a middle-class Jewish family in Pest on April 1, 1857, the youngest of six siblings.