The „intersectional” ideology of extremists wants to undermine the entire fabric of America, erasing all the traditions that made America great. Antisemitism is a natural part of this ideal, states a recent TEV article.

„Fiamma Nirenstein’s latest book, Jewish Lives Matter, paints an aptly bleak portrait of the way in which Jew-hatred has had a happy resurgence in the West under the guise of human rights,” writes Ruthie Blum in The Jerusalem Post, highlighting the main claims that explain how some Western „progressive” movements have become antisemitic and Israel-hating.

Nirenstein, born in 1945, is an Italian-Israeli writer and journalist who was elected to the Italian parliament in 2008 as a member of Berlusconi’s center-right party; she then made Aliyah in 2013. In her new book, she examines how extremists exploited last May’s war in Gaza to stir up antisemitic anti-Israel sentiment.

According to the author, these movements, well-paid NGOs, have twisted the notions of human rights, right and wrong, and have allowed supporters of Palestinians to boost their cause even at the cost of spreading thinly veiled antisemitic lies about the Jewish state.

„Indeed, while it was no longer acceptable to admit to a desire to annihilate the Jews, Israel became an acceptable target for what Natan Sharansky dubbed the three Ds: demonization, double standards and delegitimization.”

According to Nirenstein, pro-Palestinian groups in the U.S., as well as in France, where there is the further connection to Islam, push „conceptual links” with hot topics such as racial injustice, colonial racism, and the persecution of blacks and women.

“Although Jews could only be identified by a very manipulative observer as the white oppressor or masculinist, this is precisely what has happened.

The so-called intersectionality purportedly aimed at realizing human rights for all has become the catalyst for the current wave of antisemitism.”

The discovery of this shared, alleged victimhood may have led to the fact that when African-American George Floyd was killed by a sadistic Minneapolis police officer in May 2020, it not only led to pro-black riots in the United States, but also triggered a wave of anti-Israel hate. Not least because of inciting cartoons depicting, for example, an American policeman kneeling on Floyd’s neck next to an Israeli soldier kneeling on the neck of a Palestinian.

“The United States and Israel have been lumped together in an onslaught of accusations for a long time; the anti-Americanism/antisemitism nexus is one of the most important political phenomena of our era.

“If Jews have never been forgiven for carrying on their tragic coat of arms: the memory of the Shoah, which connotes the criminal nature of Europe’s recent past and reverberates in the present, Americans will never be forgiven for having saved Europe from itself.”

The author points out how “outrageous” it is to intertwine the Palestinian cause with an anti-oppression agenda, as the Palestinian Authority itself controls the media and has never shied away from discriminating against women, gays and blacks.

She highlights as a more important factor that

“the postmodern way of justifying the most ancient hatred… the new version of antisemitism puts the Jew in the same category as the white supremacist.

“And it is also a symptom of a cognitive disease that overturns the concept of responsibility and guilt to the point of deeming racist even those who are avowedly and politically anti-racist just because they are white or, in the case of Jews, Israeli.” 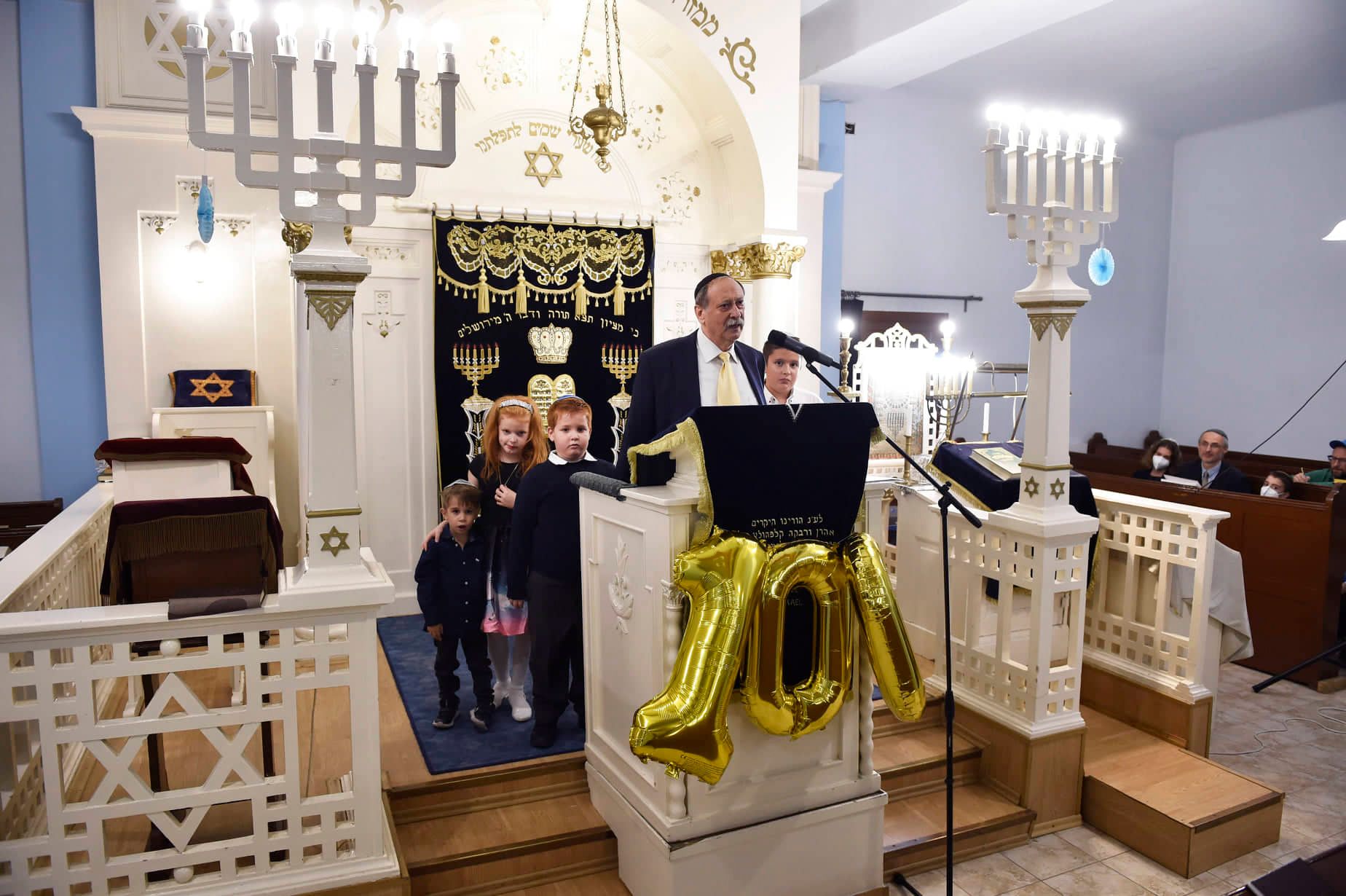 The first synagogue of Józsefváros was consecrated 100 years ago.